IPCC scientists have warned that a 1.5 degrees Celsius rise in temperatures is a crucial threshold for avoiding the most dangerous and irreversible effects of climate change.

To prevent the planet from passing the point of no return, this is the defining decade. 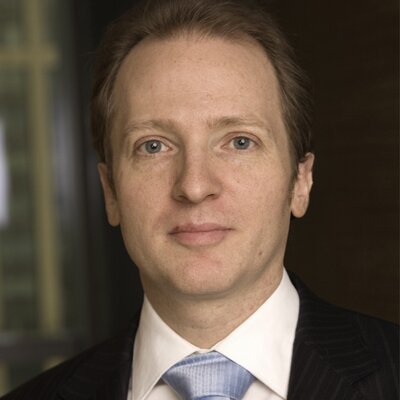 Dr. Jonathan Woetzel is a senior partner with McKinsey & Company based in Los Angeles and Shanghai. In his 35 years with the Firm, Jonathan has advised clients in a range of industries – including energy, materials, technology and industrial – helping transform local companies into global leaders, and developing policy recommendations for local government.

Dr. Woetzel currently leads the McKinsey Global Institute, McKinsey’s macroeconomic research institute, in Asia, and its Cities Special Initiative globally. He is a recognized authority on urban development and infrastructure, including affordable housing and sustainability, and has advised over 50 public sector organizations around the world. He led the establishment of McKinsey’s China practice in the 1990s including managing its Shanghai location. He is the Co-Chair of the Urban China Initiative, a research collaboration with Tsinghua University.

Dr. Woetzel has written five books on China and global affairs including Capitalist China: Strategies for a Revolutionized Economy (Wiley & Sons, 2004), co-authored with Jimmy Hexter Operation China: From Strategy to Execution (Harvard Business Press, 2008) and co-authored with Jeffrey Towson The 1 Hour China and with James Manyika and Richard Dobbs No Ordinary Disruption (Public Affairs, 2015). He holds a Ph.D. in political science from the University of Southern California, where his work focused on China’s political economy. He is an honorary lecturer at Peking University Guanghua Business School and China Europe International Business School. Dr. Woetzel, a U.S. citizen, is proficient in Mandarin, Spanish, and German. He lives in Los Angeles and Shanghai.

All Sessions by Jonathan Woetzel

Notice: Trying to get property 'ID' of non-object in /home/customer/www/onepointfivesummit.com/public_html/wp-content/themes/evenex/template-parts/blog/contents/content-single-speaker.php on line 118

Notice: Trying to get property 'ID' of non-object in /home/customer/www/onepointfivesummit.com/public_html/wp-content/themes/evenex/template-parts/blog/contents/content-single-speaker.php on line 118
Reimagining Waste Reduction September 5, 2022

Notice: Trying to get property 'ID' of non-object in /home/customer/www/onepointfivesummit.com/public_html/wp-content/themes/evenex/template-parts/blog/contents/content-single-speaker.php on line 118

Eureka Nova is a leading open innovation platform that empowers technology startups to co-create within the New World Group ecosystem of culture, creativity and innovation.

Eureka Nova is a leading open innovation platform that empowers technology startups to co-create within the New World Group ecosystem of culture, creativity and innovation.